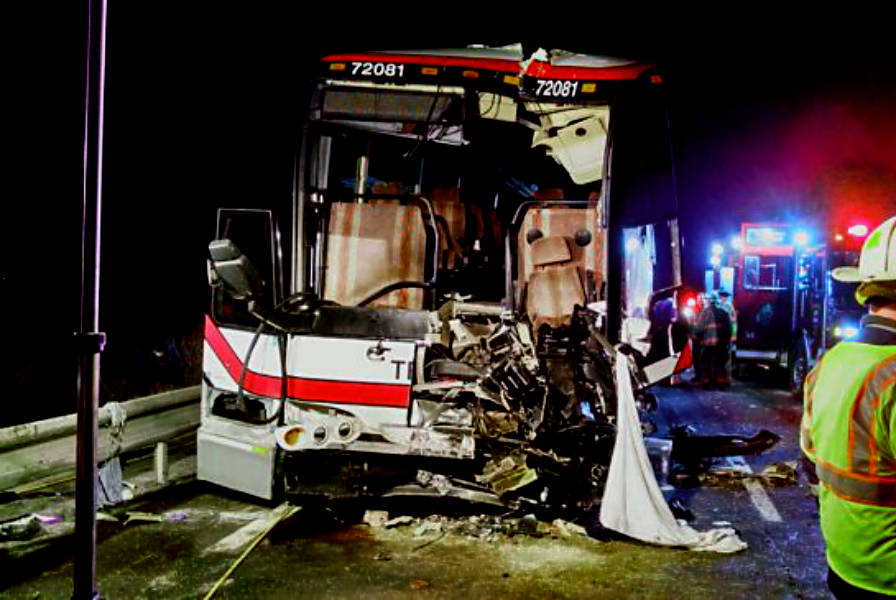 Twenty six Canadians were travelling in the tour bus from Toronto to New York City. Unfortunately the bus got into a motor vehicle accident, crashing into a parked vehicle. The incident happened near Syracuse, N.Y. tonight.

As per local officials, 26 people taken to hospital after the collision. No information about how many people got personal injuries has been released as of yet.

Good news: The local sheriff’s office in a statement to CTV Toronto confirmed that non of the injuries are life-threatening. The bus driver was trapped in the vehicle as a result of the impact, thus getting the most serious injuries. It took the emergency crew a couple of hours to free him from the bus. His medical condition is serious but stable, having his lower body injured.

Onondaga County sheriff’s department representative, in his interview for CTV Toronto, stated that the bus crashed after another car lost control and hit a guardrail. The driver of the car regained control and stopped, leaving the car perpendicularly in the left lane of the Interstate 81. Then he got out of the vehicle and tried to ask other drivers for help using gestures. A tractor-trailer which was moving in the same direction stopped, and the approaching tour bus could not stop and hit the side of the car, then the parked truck.

Another sheriff dept. official indicated that the truck driver’s pulling over to the side of the road, rather than using emergency braking, resulting in stopping in the center of the highway, may have saved lives.

The driver who lost control of his car, has been taken into police custody. Most likely he will face charges for driving under the influence, explained in the sheriff’s office statement.