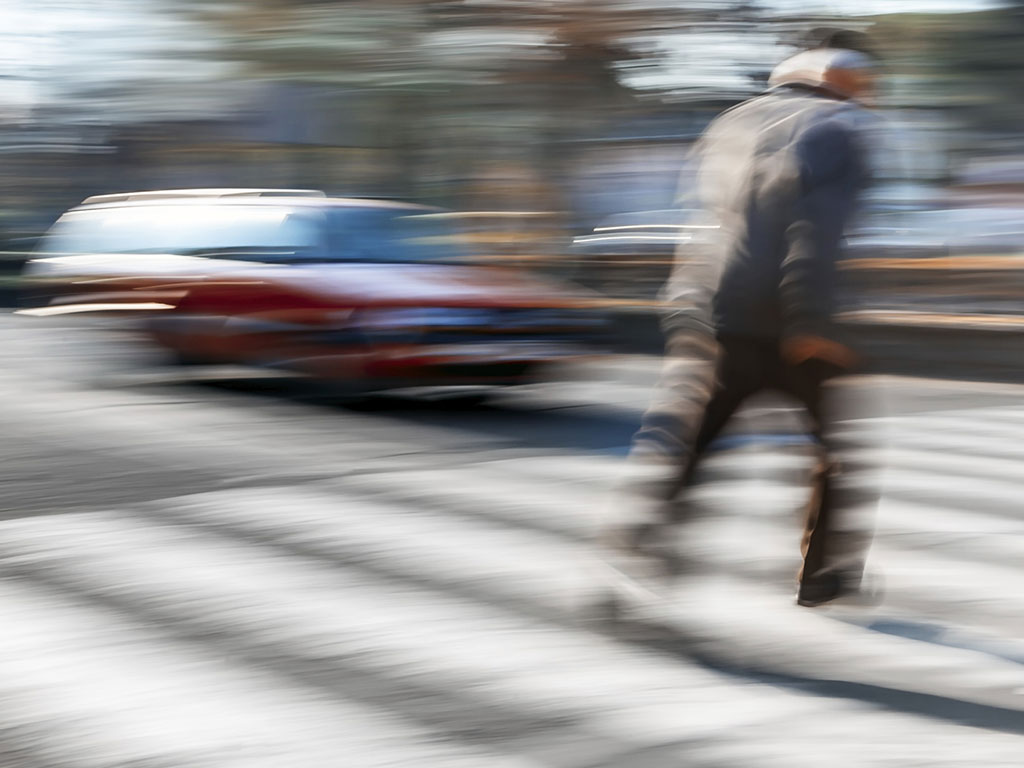 As Halloween approaches and the weather continues to cool, Toronto pedestrians enjoy the last weeks before the streets are covered in the frozen blanket of winter. Daylight Saving Time will end on 2am on Sunday, November 1, 2020, giving GTA residents a welcome extra hour of sleep for the upcoming work week. Unfortunately, the with that extra hour comes a price on the other end—added danger during the evening commute.

Although the fall change backward seems to be less physically stressful than moving the clock forward an hour in the spring, it carries a different set of problems. In the spring, sleepy drivers stumble through their morning commutes, struggling to keep alert while operating on less sleep.

In the fall, drivers don’t have to contend with sleep issues, but the change in driving conditions affects them in other ways, wreaking havoc with a different set of commuters: those traveling on sidewalks and in the bike lanes.

This happens because drivers, cyclists, and pedestrians are used to returning home in the light. The abrupt change to walk, drive or bike ride in the dark can be dangerous.

Pedestrians and cyclists may wear clothing that is too dark for the reduced lighting conditions or fail to use appropriate bicycle lights. Drivers may more distracted than usual by the changed conditions and fail to notice walkers and cyclists that they encounter on the way to their destinations.

When lack of preparation in one group combines with lack of attention in the other, the effects can be deadly.

The Data Behind the Accidents

According to a Global News analysis of 10 years of historic Toronto pedestrian accident data, it is the abruptness of the fall time change that causes the problem.

During the years that were analyzed, the week before the time change an average of 46.8 pedestrians were injured in motor vehicle accidents, but this increased to 57.5 the week after the time change. Once drivers had a chance to adjust, the accident rate began to decline, dropping to 50.8 the following week. Other studies in different areas showed similar results.

Accidents on the road are not the only casualties resulting from time changes. Accidents in the workplace spike in the wake of the spring time change.

Two doctoral candidates studying industrial and organizational psychology, Christopher Barnes and David Wagner, conducted two separate studies to learn more about the effects of the spring time change. The pair analyzed data from the U.S. Department of Labor and Mine Safety and Health Administration and discovered that the number of workplace accidents increased sharply after switching to Daylight Saving Time.

They found that workers lost an average of 40 minutes of sleep during the change, while workplace injuries shot up 5.7 percent. A similar study found a 17 percent increase in car accidents the Monday after the time change. Researchers believe that the cause is most likely sleep deprivation.

How to Reduce Your Chances of Becoming a Statistic

If you think you may be out on the street in the dusk or evening hours, especially after a time change, you help to keep yourself safe by following the following recommendations:

If you take the time to follow these simple precautions during the fall time change, you can help avoid becoming another statistic for the next study.