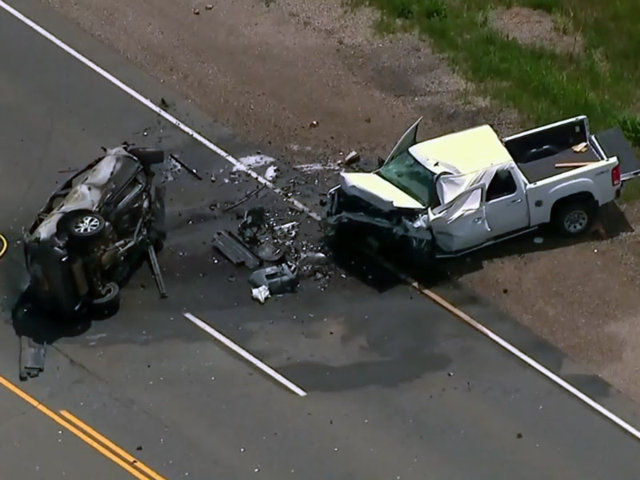 Two people killed in a two vehicle accident in Caledon.
OPP received a phone call informing about the incident at around 1:15 p.m.
“A white truck was southbound and a van was travelling northbound when one of the two vehicles crossed over the centre line and the van became engulfed in flames. Both drivers are deceased,” said Const. Brenda Evans.

“I’ve heard back from the scene and one patient that is a fatality was from a pick up truck and one fatality is from a car,” states Brad Bowie – Peel EMS community relations officer.
At the first place, both deaths believed to happen in the same vehicle.
“A third patient with minor injuries is from the pick up truck, how they got out I’m not sure,” Bowie explained about the person has been transported to hospital.