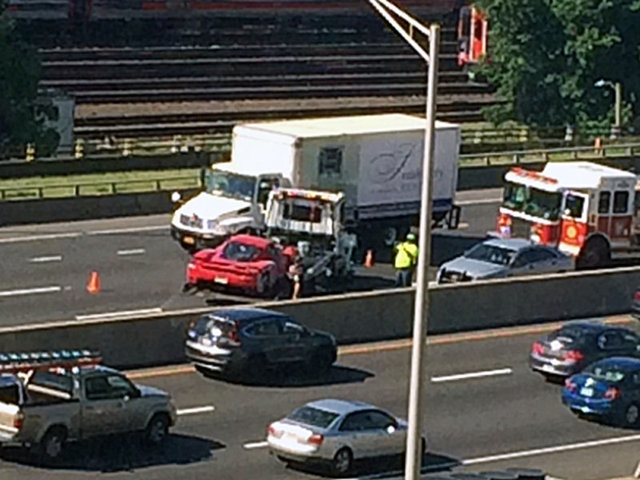 June 23, 2014
An extraordinary motor vehicle accident happened on Interstate-95 in Connecticut yesterday morning. Ferrari Enzo had spun and slammed into the divider.

Tue reasons ensued the incident to happen are still unknown. The witness who’s sent the shot from the spot explained that he saw skid marks across the highway. Also, according to most recent information, there was damage to the passenger side panel/engine compartment area. The police report below contains description of the crash happened:

The driver was treated for a minor injuries (cut to the head) and got a ticket for ‘failing to drive in an established lane,’ according to the police report sent to the lawyer. The passenger was not injured.

One more extraordinary fact is that it’s became known that non of the 2 persons in the car was the car owner. There were tow dealership employees. You can imagine how much can the damage be estimated for a more-than-million-dollar-car…
The dealership which both participants employed at declined to comment the accident.