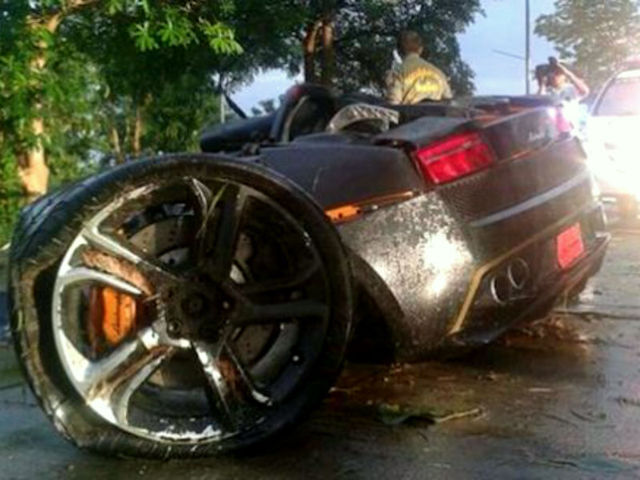 A very expensive motor vehicle accident occurred in Thailand. An unnamed businessman smashed his Gallardo in a tree after been tossed off a wet road. As a result – his exotic Lamborghini got split in two. Fortunately, the driver was able to walk away with minor injuries.

According to the Bangkok Post, speed the guys was going with was about 93 mph. Conditions were really bad – heavy rain and wet road. After all, the driver was really surprised to see the sly and his car split in half. 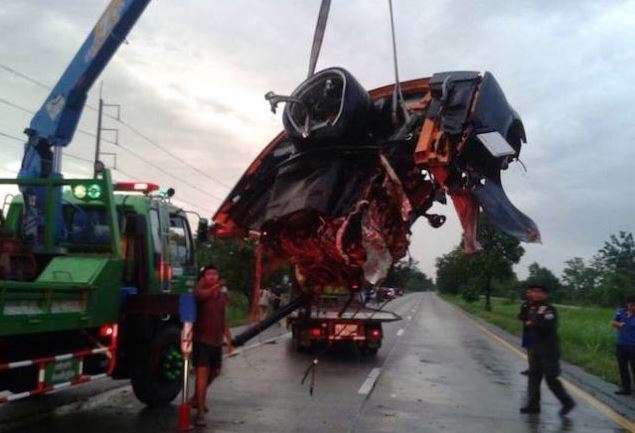 It’s not a surprise that the lambo got split in halves. This safety feature was developed specifically for these cars because of a big number of car crashes and people injured.