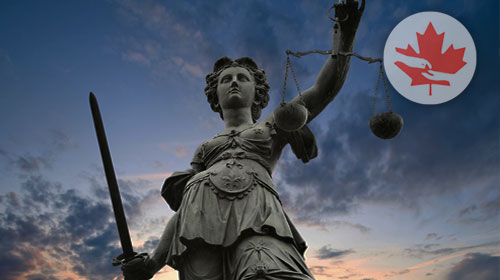 Death is inevitable, but when an adversity like this strikes, especially due to someone else’s, negligence then what is that you can do? No one can change destiny, but can there be something that will stand with you if God forbid you lose someone you love because of someone else’s fault? Is there any monetary recovery for wrongful death claims in Toronto that you will get? If that is the question which comes to your mind quite often, then by the time you finish reading this article, you will have an answer to it. In fact, the answer to this question lies with a Wrongful Death Claim.
So, without further ado let me begin with the topic.

What is a wrongful death claim?

Wikipedia says ‘Wrongful death is a claim in common law jurisdictions against a person who can be held liable for a death.’
According to the dictionary of law, ‘When a person is killed because of the wrongful conduct of a person or persons, the decedent’s heirs and other beneficiaries may file a wrongful death action against those responsible for the decedent’s death.’

If we talk in layman’s terms then a wrongful death claim can be defined as ‘the compensation for which you can file when someone dies due to any other person or entity’s wrongful acts.’

This entity could be anyone, a person, a company, a car manufacturer and so on who might be responsible for the death, which might be due to fatalities caused during an accident, medical malpractices being employed by health care clinics/professionals, or product liability cases involving companies.

What are the cases in which the claim can be filed?

Wrongful death can happen due to different reasons. However, according to the legal system, there are certain conditions that the person filing a claim needs to prove in order to get the claim. What are those conditions during which you can file the claim? Well here is a look:

This explains the reasons that could lead to the death of a person because of someone else’ negligence and under what conditions you can file for the claim.

Who can file for a wrongful death claim?

In legal terms the people who are left as survivors after the death of a person can file for the wrongful death claim with the help of a legal representative. They are termed as the Real Parties of Interest in legal language. The executor of the decedent’s estate is usually the representative. Here is a look at the real parties of interest that have been defended by the law:

Who can the claim be filed against?

These are some of the common conditions that can be the causal agent of a wrongful death and the people who might be responsible for the adversity.

However, there could be certain cases when the person responsible for the death might be immune for the claim. This can happen in case a wrongful death happened because of the actions of some government agencies or individuals. Certain government officials and agencies are immune against wrongful death claims.

What are the damages covered under this type of claim?

Now, let us move on to the most important question. What types of damages are covered as a part of a wrongful death claim? Well here is the list:

Well, the question that arises here is who is going to calculate the amount of damage? What are the factors that will be considered while calculation of these damages? The answer to these questions lies in the fact that there are expert witnesses used by both parties for calculating these damages. These experts include economist and actuaries who can share their opinion before the final calculation of damages caused by a wrongful accidental death. While it is worthy to say that no money can bring back the lost one, but it is sure that the money can definitely help the people at the receiving end of the wrongful death to lead a better life.

Now you know much more about these claims and the type of benefits that you can avail with these claims. However, the best deal is to get in touch with a legal advisor or a law firm that can help you to stay away from all the hassle of legal documentation and other technicalities that are going to be involved in the entire process.
After all, losing someone you love is a big tragedy that will take time for you to recover from. And, when you are going through such tough circumstance, it can be a bad idea to get amidst the trouble of legal formalities involved in the filing of a claim.

All that being said, God forbid any such adversity ever arises in your life, you have ample knowledge as to what you need to do in order to get a claim and what sort of monetary recovery for wrongful death claims in Toronto you can expect to get.

If you need any help with a wrongful death claim, please call fatal accident lawyers at 1 (844) 722-5246 or Book your FREE consultation.