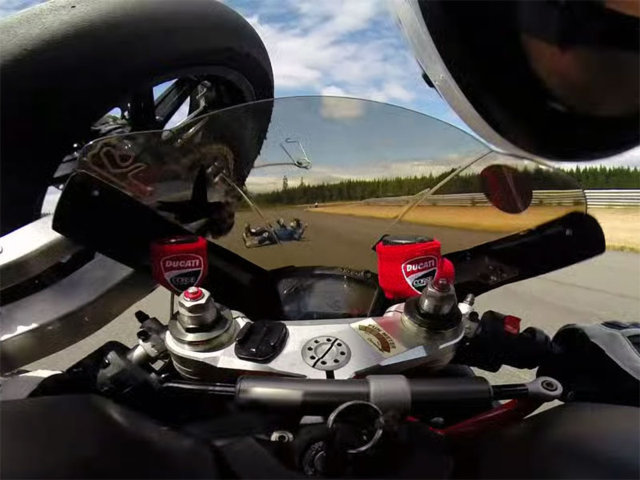 That looks bad. An accident happened on one of race tracks. A motorcycle rider felt from his bike, the bike flew on top of another motorcyclist.


This motorbike incident took place at The Ridge.
There was debris on blind turns, and yellow flags were risen. Some riders disregarded them and as a result, one crashed into another (behind the biker recording the video). One rider (in blue suit on the video) and his motorcycle slid different ways. After that, a third participant landed exactly on top of the author of the video.

The video recorder has shared his impressions below.

There’s no information about any injuries of another drive.