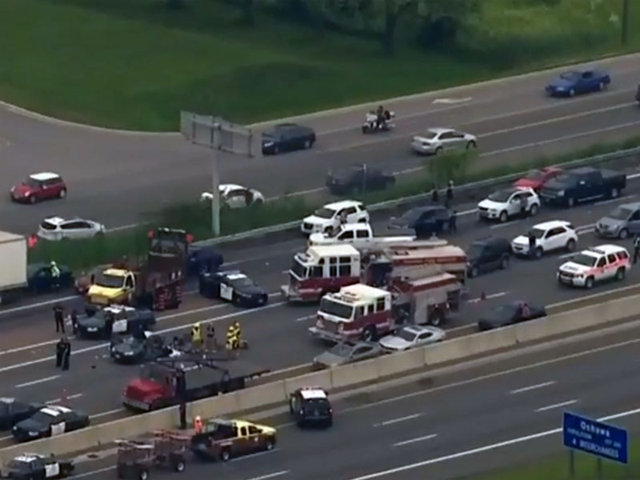 Both eastbound and westbound lanes are closed between Thickson and Stevenson Roads. OPP is at the scene of the crash for investigation.

As per OPP Sgt. Kerry Schmidt, at least two persons got serious injuries. An unknown number of other people have minor injuries. One male pronounced dead at the scene of the crash.

Schmidt said that 4 vehicles were involved in the incident: a truck, 2 cars and a motor-coach. One of the vehicles has its rear part completely destroyed, with just the frame remained.

There’s no details about who is at fault and what are the causes led to this MVA.