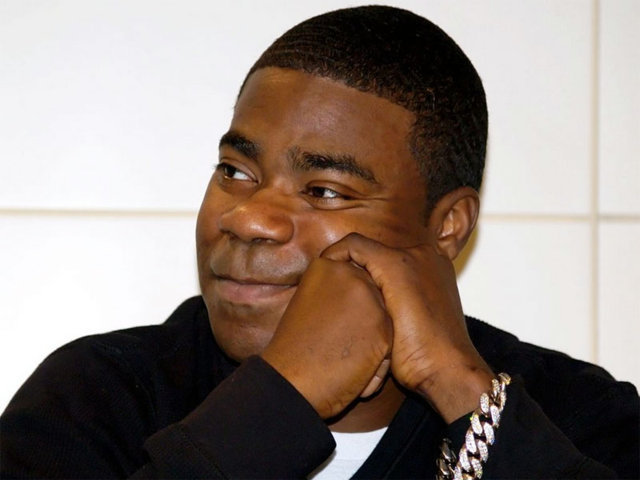 The accident happened on the New Jersey Turnpike early on Saturday morning. A truck has caused a 6 vehicle pile up, one died, four injured. One of those four is the famous comedian Tracy Morgan returning from the show in a Mercedes-Benz Sprinter limo bus.

As per reports, the motor vehicle accident was caused by a drowsy truck driver of the Peterbilt 18-wheeler tractor trailer who failed to stop behind slowing down traffic in front of his truck. He steered to avoid collision but hit and overturned the Morgan’s Benz.
Gregory Williams – NJ State Police Sgt. in his interview to CNN: “Looks like one of the tractor-trailers may have rear-ended that limo bus, but that’s preliminary at this time.”

All injured people were carried to Robert Wood Johnson University Hospital. Tracy Morgan was listed as s critical condition patient, as well as was his assistant Jeff Millea. Two more persons Harris Stanton and Ardie Fuqua traveling with Morgan were also injured. And the most unfortunate news: James McNair – an old friend of Morgan’s was killed.

The truck driver was identified as Kevin Roper, 35 y.o., from Georgia. He was driving the truck for Walmart when the collision happened, and has been charged with count of death by auto and four counts of assault by auto.

Our deepest condolences to McNair’s family.