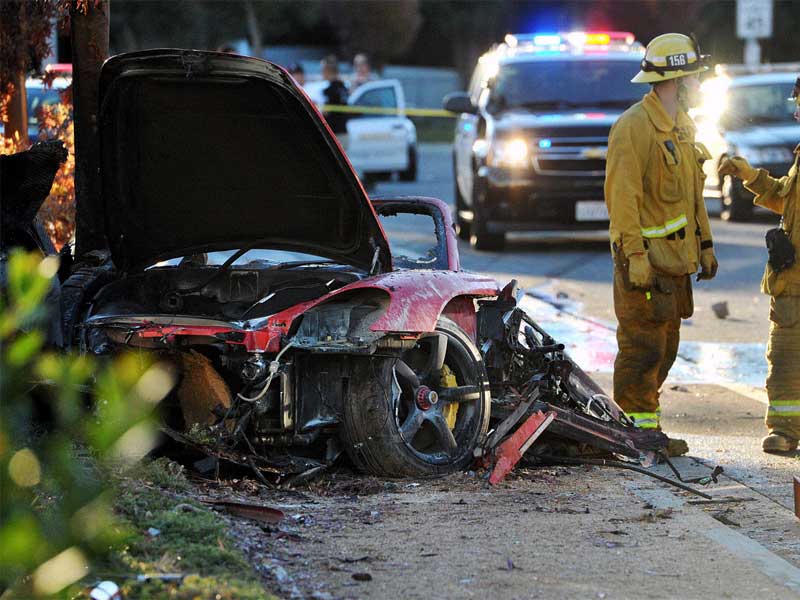 Kristine Rodas – the widow of Roger Rodas – the racing driver who died in a car crash with Paul Walker, has filed a lawsuit against Porsche Cars North America.

It was filed with the Los Angeles Superior Court. In the suit filed, Mark Geragos (Rodas’ attorney) disputes the findings of the Los Angeles County Sheriff’s Department. According to the sheriff’s, the vehicle was driven at a dangerous speed (about 90 mph or 145 km/h) on streets, blaming the speed as the main cause of the car accident happened.
The lawsuit claims that the race car was only going 55 mph (88 km/h) and that not the speed but equipment problems (faulty right rear suspension, the lack of a crash cage and proper fuel tank) was the only cause of the crash.

“The Carrera GT was unsafe for its intended use by reason of defects in its manufacturing, design, testing, component and constituents, so that it would not safely serve its purpose,” said in the suit as per Los Angeles Times.

We are very sorry for the Rodas and Walker family’s loss. The accident was the subject of a detailed investigation by the proper authorities (L.A. County Sheriff and California Highway Patrol), and their investigation disproves the allegations in the lawsuit. The investigation found that driving at a high speed in a negligent manner caused the crash and concluded that there was no mechanical defect.

Porsche Carrera GT is well known and admitted as a difficult car to drive requiring certain skills and experience. The LA Times reports that Jay Leno has almost crashed his Carrera GT at Talladega in 2005.

The following year, Porsche paid a part of a multi-million-dollar settlement after two people died on a track striking a slower moving Ferrari with their Carrera GT.