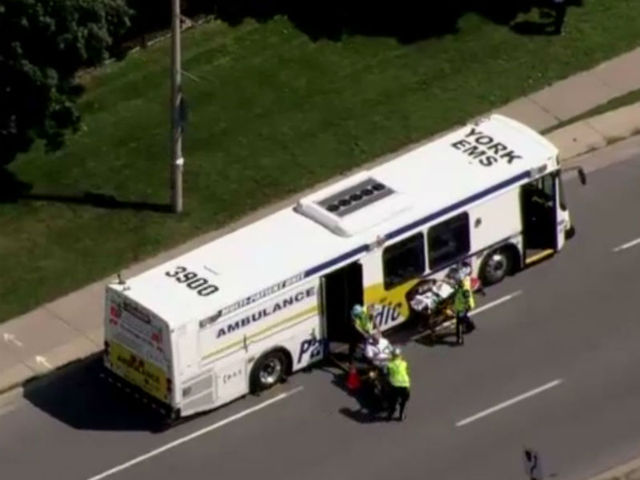 Some details of the horrible multiple car crash happened earlier today, became available. There were eight cars involved, some of them were almost ripped into two pieces, others got serious or minor damage. Eight people (including drivers and passengers) were transported for medical treatment, having injuries of different severity (from critical to serious). One person was transported to Sunnybrook Hospital in critical condition.

As witnessed by various people, the suspect driver was flying down Bathurst Street at an enormously high for streets speed. Reaching Clark, he bumped into the row of cars standing at the intersection while red light was on. His car was thrown into the intersection along with all autos he hit, while crossing traffic was moving through it.

The driver was charged as a result of the collision.

Read the beginning of the story here