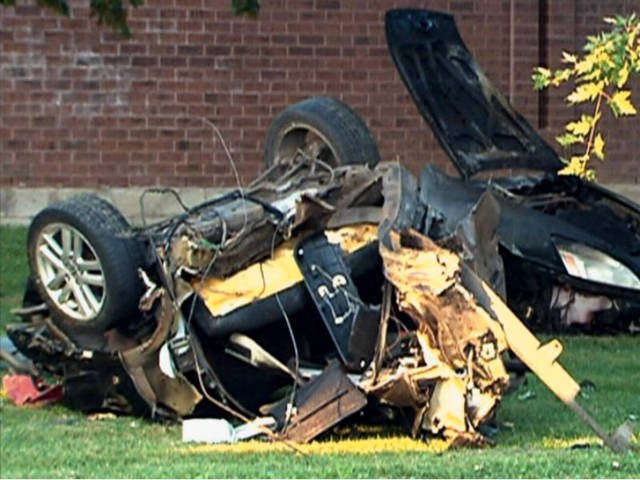 The car crash happened in Mississauga at about 6:20 in the evening. The victim, later identified as Mohammad Haniff 29 (y.o.) was driving at a “high rate of speed”. At some point he’s lost control and smashed his Honda Accord into another vehicle, stated in the police report.

One of witnesses from the scene said that the driver of the second vehicle, identified as a brown Toyota Camry, rapidly drifted from the scene leaving the victim helpless.
Mohammad Haniff who was the only person in the car, pronounced dead at the scene. No personal injuries have been reported.

Police has arrested a 23 y.o. Toronto man on August 13th. Today he is facing multiple charges including criminal negligence causing death by street racing, failure to remain at the scene.

Police is asking anyone who witnessed and/or has any information about the motor vehicle accident to contact investigators at 905-453-2121 ext. 3710.