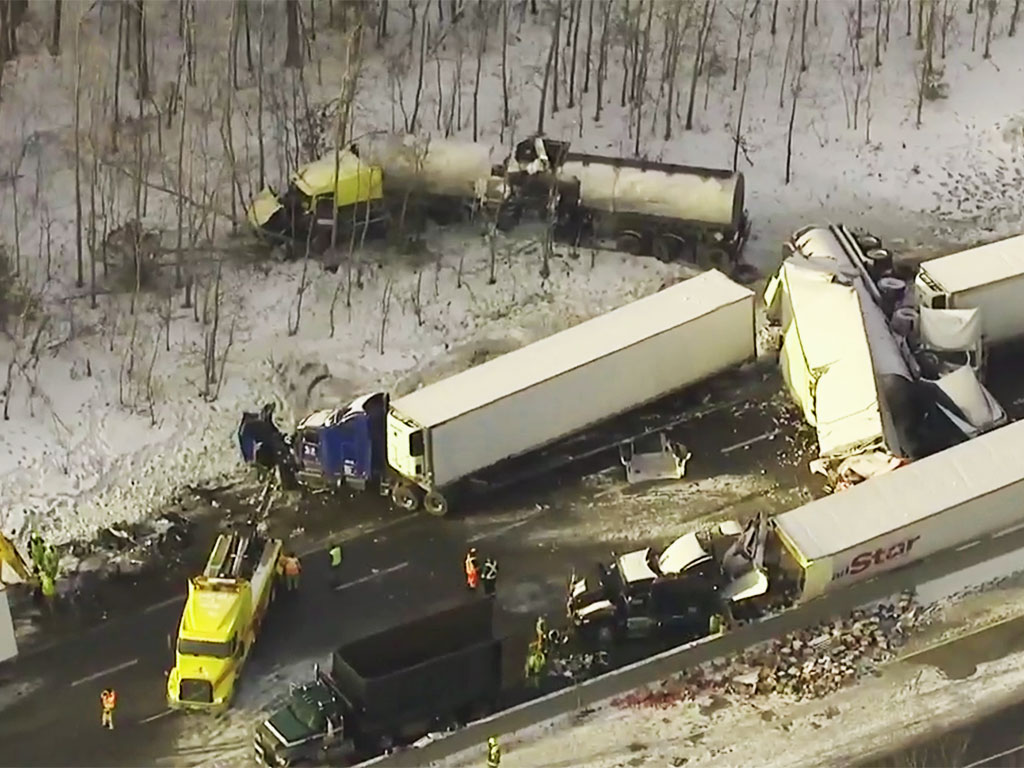 A long segment of Ontario’s Hwy 401 has been halted after about 50 motor vehicles collision ending up in a pileup Wednesday night near Belleville. The crash happened early midnight (12:08 am as per Police) near County Road 40. One tanker truck involved in the collision spilled 40,000 litres of oil. The Quinte West Fire Department, Hasting Quinte and Northumberland County EMS, OPP responded to the crash.

The OPP blamed the accident on bad weather. One of a truck drivers, who managed to avoid the crash and was able to safely stop his truck, stated the collision happened on a downhill stretch of the highway. That chunk was covered in snow and was slippery as ice. A suddenly started snowfall made things much worse, creating a blizzard.

Aftermath of the pileup

As per the OPP, there were 50 vehicles involved in the collision. Officials said that approximately 40 tractor trailers and a number of of passenger vehicles were part of this huge crash. Trucks, passenger cars and other vehicles were seen scattered across the highway hours after the initial crash. One of the trucks involved had its tanker ripped open, causing around 40,000 litres of lubricating oil to spill onto the shoulder and into a ditch. The Ontario Ministry of Environment representative says that the response crews will be able to clean the spill.

“It’s a mess down here,” said James Dawson – one of the truck drivers to CBC News. He told saw seen many accidents on Highway 401 but nothing like this.
“It’s crazy,” he said. He counted 33 trucks with different damages. An an oil tanker tipped on its side and ripped. Some of the trucks seem be total write-offs. “Trailers are chopped in half,” he added.

It’s amazing nobody got killed in that mass car accident

More than 50 people involved in the mass crash were taken to nearby hotels for the night. 4 people got non-life-threatening personal injuries and were taken to hospital by ambulance.

If you have been injured in a car accident, it makes a lot of sense to discuss your case with a lawyer who specializes in motor vehicle accident cases. Please call Best Toronto car accident lawyers at 1 (844) 722-5246 or Book your FREE consultation.