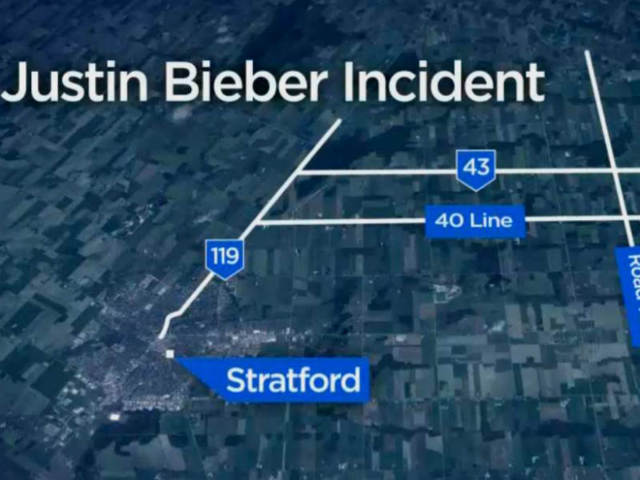 Justin Bieber is facing charges with assault and dangerous driving after a motor vehicle accident involving an ATV and a car.

The incident happened near Stratford, ON, on August 29th. The collision supposedly involving Bieber, his girlfriend Selena Gomez, Todd Gillis and Sean O’Neill – photographers from Toronto was investigated by OPP. Police suspect an argument between the drivers after the ATV collided with Gillis’ minivan has taken place.

As per Constable Kees Wijnands’ interview to The Canadian Press, no personal injuries resulted from the collision reported. Justin Bieber was arrested and released on a promise to appear.

“Justin Bieber and Selena Gomez’s peaceful retreat in Stratford this weekend was unfortunately disrupted by the unwelcome presence of the paparazzi”, stated Biebers lawyer Brian Greenspan.

“This has regrettably resulted in charges of dangerous driving and assault. Mr. Bieber and Ms. Gomez have fully cooperated in the police investigation. We are hopeful that this matter will be quickly resolved”.

“I represent two victims in the incident in Canada for which charges have been filed against Justin Bieber… My clients will have no other comment at this time. All evidence has been provided to the Canadian authorities”, said Gloria Allred – celebrity lawyer from the U.S. earlier today.

“Helmets are required but the charge is dangerous driving so not having a helmet all goes towards that offence”, said Kees Wijnands to Global News. “We look at the total package of what occurred there.”

No public comments have been released by Bieber or Gomez yet. Last month, Bieber pleaded guilty to careless driving and resisting arrest stemming after the incident in Florida happened this January.