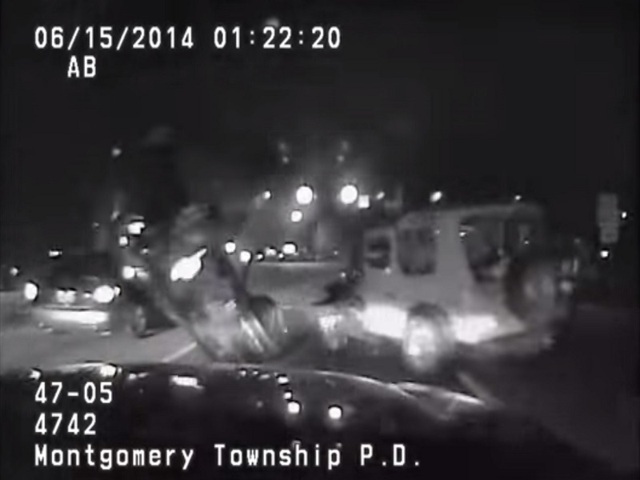 A driver from Tennessee had a really bad day in man visiting Pennsylvania. He started from a couple of beers and finished with a doubleshot, and went for a ride. Not a very good idea, isn’t it? The result can be seen on the police video.

Some of this kind of stories end up fairly well, but not that particular one. He started from hitting 2 cars, then he rolled over how own one, and after all he bumped into a police vehicle.

That’s very fortunate no one was injured in that story, including the driver at fault. According to CBS, he was feeling himself pretty relaxed and confident:

Officers who approached his overturned car say he told them he didn’t understand why everyone was so upset about the incident. In the arrest warrant, an officer stated, “He did not appear the least bit concerned over the situation… telling ambulance personnel that he had a double shot and two beers, and he takes Percocet.

It’s strange but the drunk hero has managed to get free on bail.