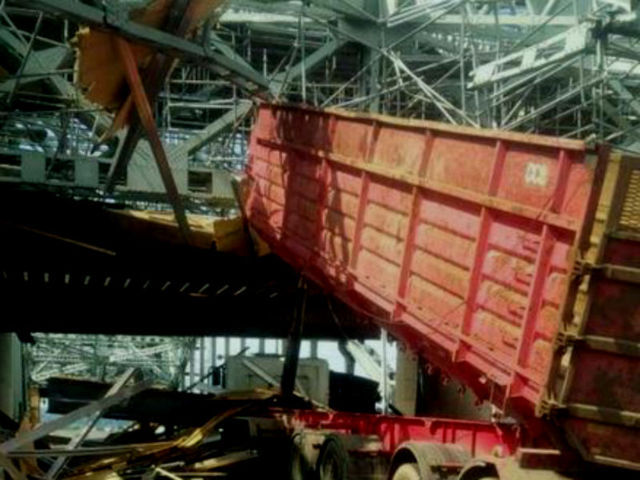 The driver of a large truck crashed into the Burlington Skyway causing significant damage, right before a major long weekend.

The driver at fault appeared to be Sukhvinder Singh Rai from Brampton (34 years old). As per the OPP, he has been charged with two impaired driving related offences, and arrested right at the scene. After that he was transported to perform breath tests at the Burlington OPP detachment. Rai will face two courts: ‘impaired operation of a motor vehicle’ and ‘blood alcohol level exceeding 80 milligrams while operating a motor vehicle’.

Numerous witnesses driving on the Skyway at that time shares their comments and emotions. Many of them state that the truck has been driven by Rai with its bed raised, hitting scaffolding and bridge structure, which resulted in the bridge to be closed for days. It becomes even more clear when was found out that other drivers have been trying to warn the truck driver. Many people state they saw the truck with its bed up and cars around honking at it. Unfortunately that didn’t make any effect – the trick driver did not pull over.

He drove straight into the structure and all the scaffolding on top of the bridge.

The construction workers up there, they all started coming down the steps of the scaffolding really fast. I’ve never seen anyone move that fast on scaffolding before. It was just crazy. They jumped from the scaffolding onto the steel structure of the bridge.

The guy kept going, he was actually going faster, I couldn’t believe what I was seeing.

OPP spokesman Kerry Schmidt said in his unterview: When you see the damage that occurred on the bridge there was a lot of steel and wood and debris that’s come down. There’s an amazing amount of damage that could have resulted in a fatal collision.

There were three other motor vehicles involved in the car accident: a transport truck and two cars also damaged following the collision.

As a result, Rai – the truck driver ended up with personal injuries, 3 more random motor vehicles got damaged in the accident.