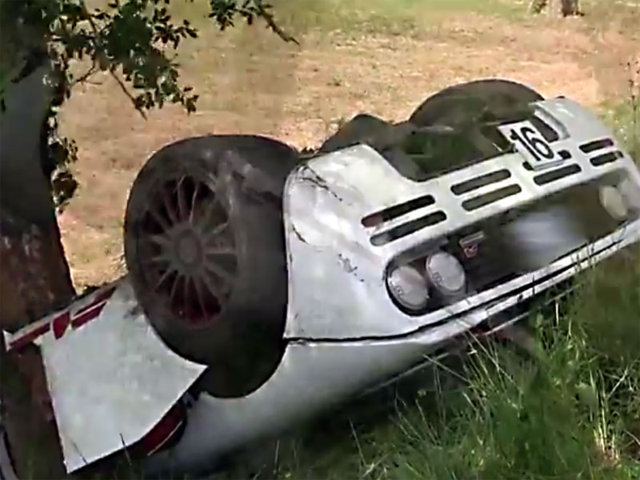 Yesterday in Italy, a driver lost control over his super-exclusive McLaren F1 and flipped it over. There has been only 106 car manufactured, this one – chassis number 072 got damaged badly but fortunately not irreversibly. A price of one of those can jump up to 9 million dollars.

Marchettino – one of the biggest car fans was there and said a couple of words about this car accident:

The car has gotten massive damages which can be seen on the video. The driver hopefully didn’t get injured while the passenger unfortunately reported minor injuries was in shock.

It’s always sad when such a beauty gets damaged or destroyed.