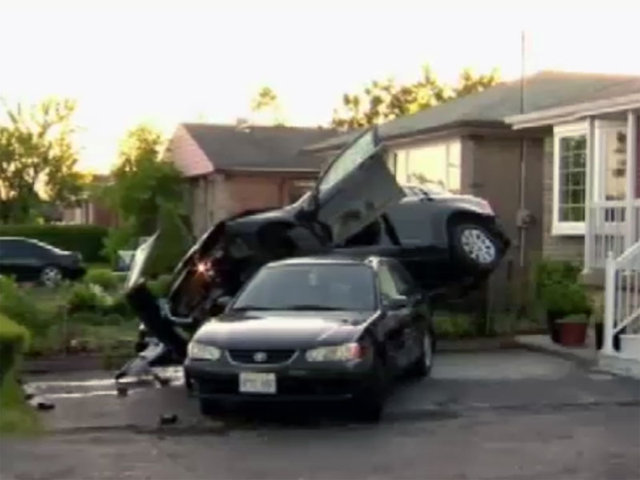 June 23, 2014
This happened in the early morning, in the Brimley and Danforth neighborhood.
A car went off the road, crashed a hydro pole ended up rolling over and landing on a vehicle parked in a driveway of a nearby home.
Fortunately there were no people or another vehicles involved so nobody (maybe except the rolled over driver) was injured. Both car look damaged but the building appears to be fine.

The at fault driver just walked away from the scene. Now police is searching for this person.