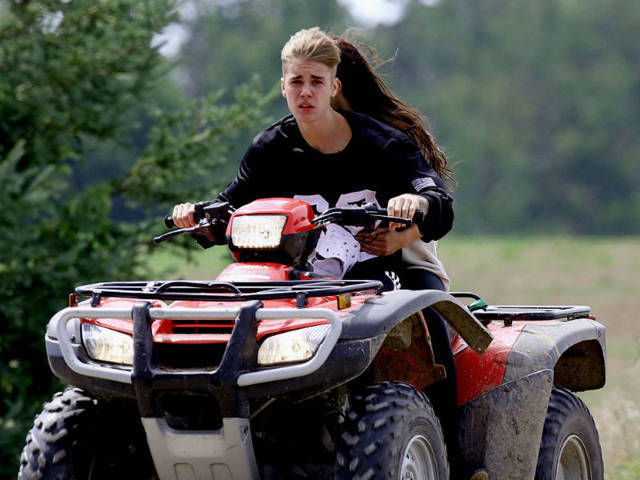 Bieber’s case is due today, but he is unlikely to show up in Stratford court.

The motor vehicle accident in question happened last month. An ATV and a minivan collided on a country road not far from Bieber father’s house. It’s not fully confirmed if JB was actually driving the vehicle, in spite of the fact that some pictures show him and Selena Gomez riding the ATV. Brian H. Greenspan – the lawyer of Bieber’s, stated that Bieber is not at fault after the MVA, putting blame on the paparazzi.

Today’s hearing in court is the latest from numerous legal issues of Justin: