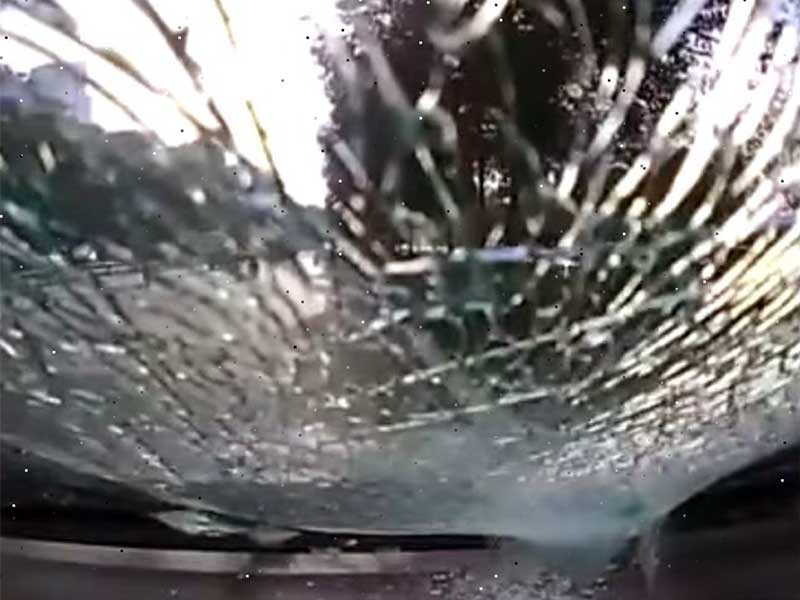 Singaporean Motorcyclist and His Bike fall right from the skies and hit a car.

When you driving along on your daily route, the last thing you would probably expect is someone ore something to fall from nowhere and land right on your vehicle. That becomes more fantastic if that thing happens to be a motorcyclist, followed by his bike. Actually, that is not that impossible… because it has happened to the guy in the video. This Singaporean driver has had such a surprise, when motorcycle and its rider crashed down, apparently from an overpass. No details of the accident known so far.